The Competition Manager Bosse Elmhorn at BMC Sweden AB was a keen racing driver himself during the 60-ies and he finished the 1962 season with very good results participating in many official races including Skarpnack and Roforsbacken. The car he used mainly showed to be very competitive and contributed to that Elmhorn was appointed "MG Driver of the Year". He recieved a huge cup that was exhibited in the show rooms of Ostermans in Stockholm for many years.

This success was one of the reason behind a very brave idea.

Now he decided to create a full fledged GT car that would fit the new Swedish group IV-class up to 1150 cc!!Build and raced officially by BMC Sweden AB.

The BMC mechanics crew of Pelle Holm, Rolf Lönn, Åke Grann och Kjell Andersson started off with the project during autumn 1962 and had to use all time available in order to fulfill the ultimate goal:

Later I was told by one of the members of the mechanics at the time, Kjell Andersson, that the sales of the new Midget was more than slow in Sweden so this project was also part of marketing the car to attract young audience with the aim to sell all of the 50 brand new  Midgets that was waiting for their new owners in the freeport.

The object to be transformed was the great car that Bosse Elmhorn already raced so successfully: 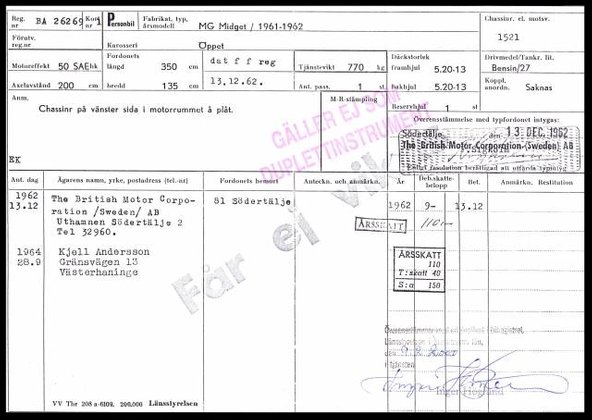 The car was cleaned to the bones. Engine mountings was lowered and moved backwards. 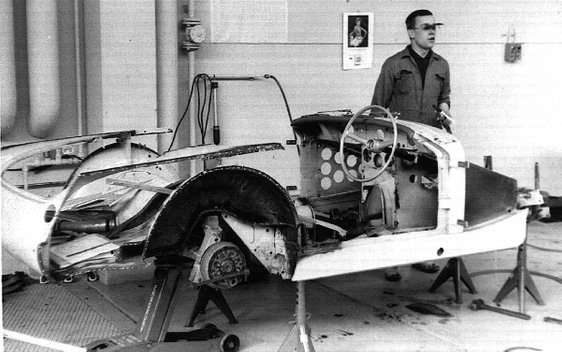 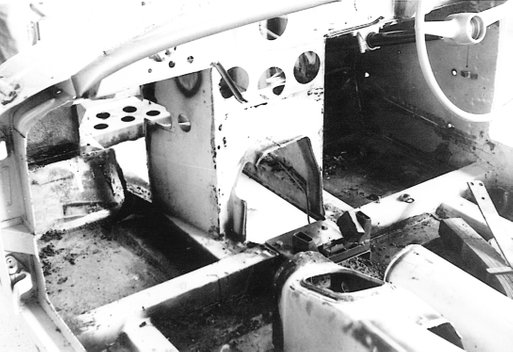 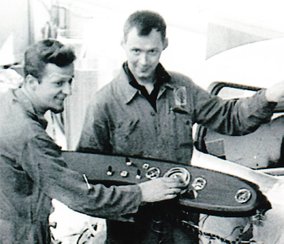 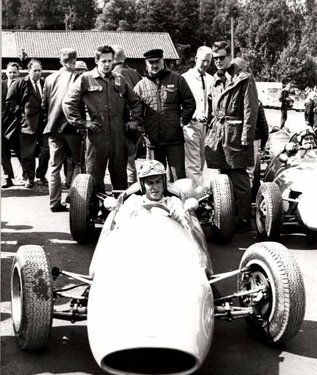 The rests of a blown up FJ-engine was used from the Cooper FJ raced by Tom Trana the year before. (seen here on the left) After a total rebuild it was good for 90 BHP at 8000 rpm.

The magnesium wheels from that FJ didn't fit so new "blank" ones was imported from Cooper and drilled out locally to fit.

A new flip-front was manufactured in glass fiber by Carrhage, Sweden.

Front disc brakes were installed and the lever dampers was backed up by added telescopic dampers. Anti-roll bar was fitted.

Rear suspension was fitted with a panhard rod. 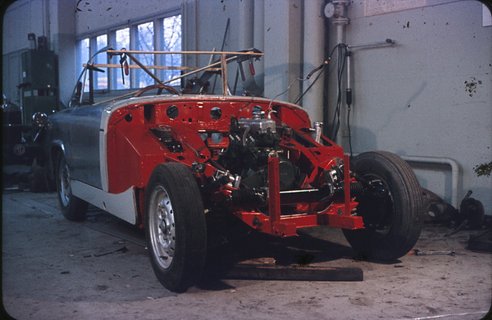 The GT-coupe was manufactured by a helicopter mechanic from Ostermans aero.

Steering was altered from LHD to RHD and the steering column was shortened plus given a universal joint so the steering wheel could be moved towards the centre of the car.

The oil tank feeding the dry sump was place at the passenger leg room.

The chassis was lightened as much as possible by drilling everywhere. 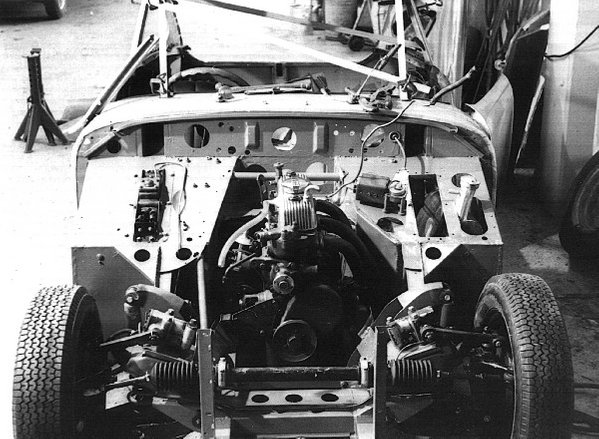 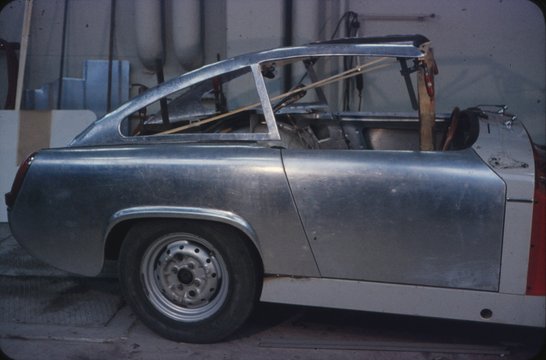 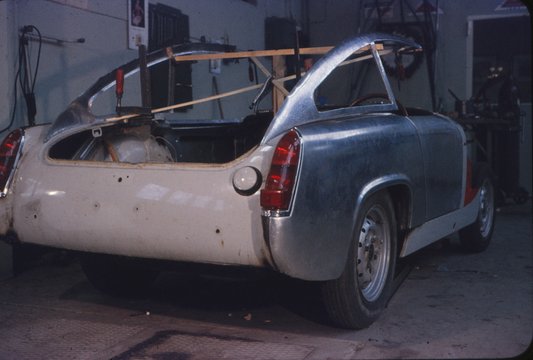 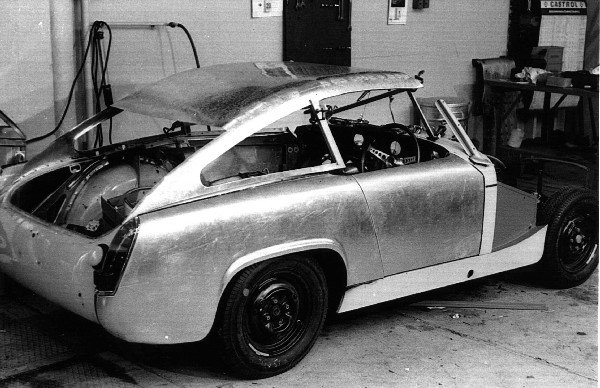