A rising star takes the wheel!

Reine Wisell was really determined to further improve the car and added some new features to increase both road holding and durability.

The rear leaf springs and lever dampers were taken out and replaced by coil over telescopic dampers (Triumph Herald) and adjustable lower bars.

Ventilation was improved in the coupe by bigger openings in the rear.

Disc brakes were increased in diameter. 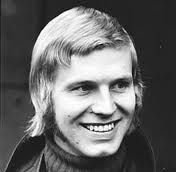 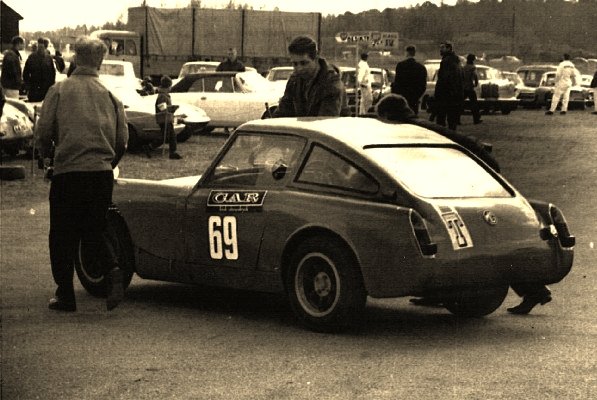 During the -65 season Reine Wisell was participating in totally 10 races. A mix of national and international races on tarmac and ice. Haresjoloppet, Varpanloppet, Brunnsjoloppet, Ring Knutstorp, Skarpnack, Gellerasen and Roskilde Ring in Denmark. 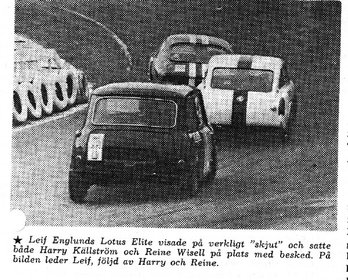 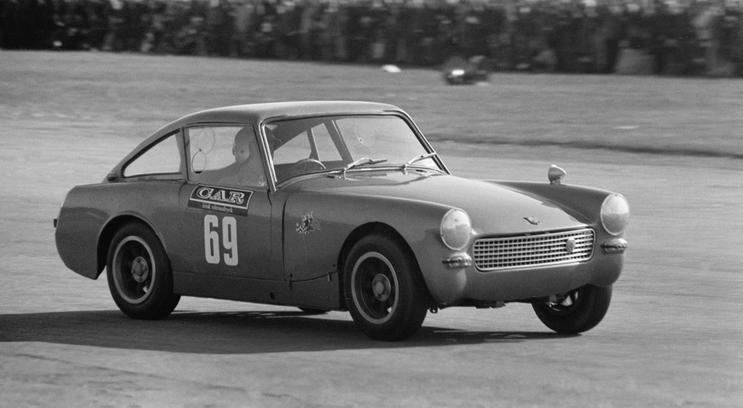 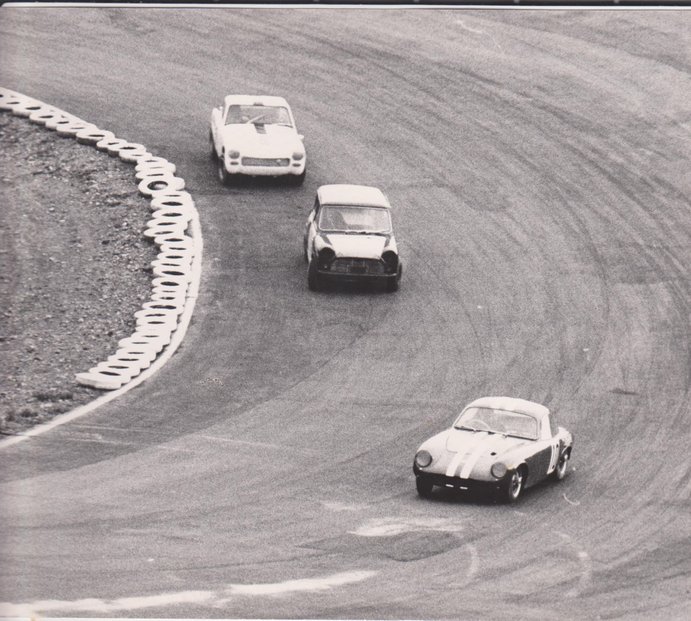 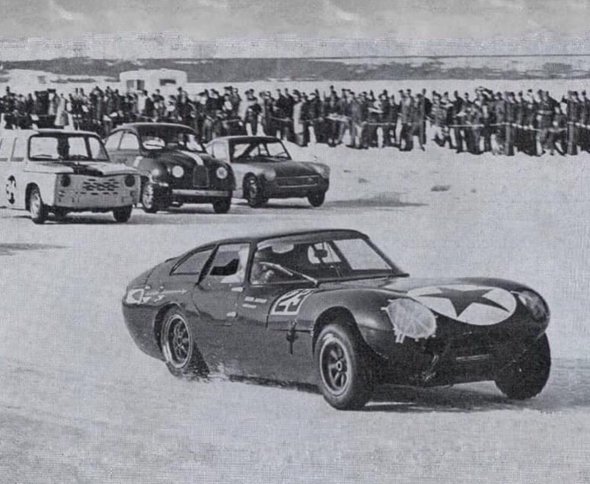 Reine’s results in the 5 races included in the tarmac SM:

Notable is that he set a lap record during the race at Ring Knutstorp in April that took some years before it was broken.

Reine participated in two international races 1965. First one shown here is at Roskilde Ring in Denmark and the variety in the class is great. 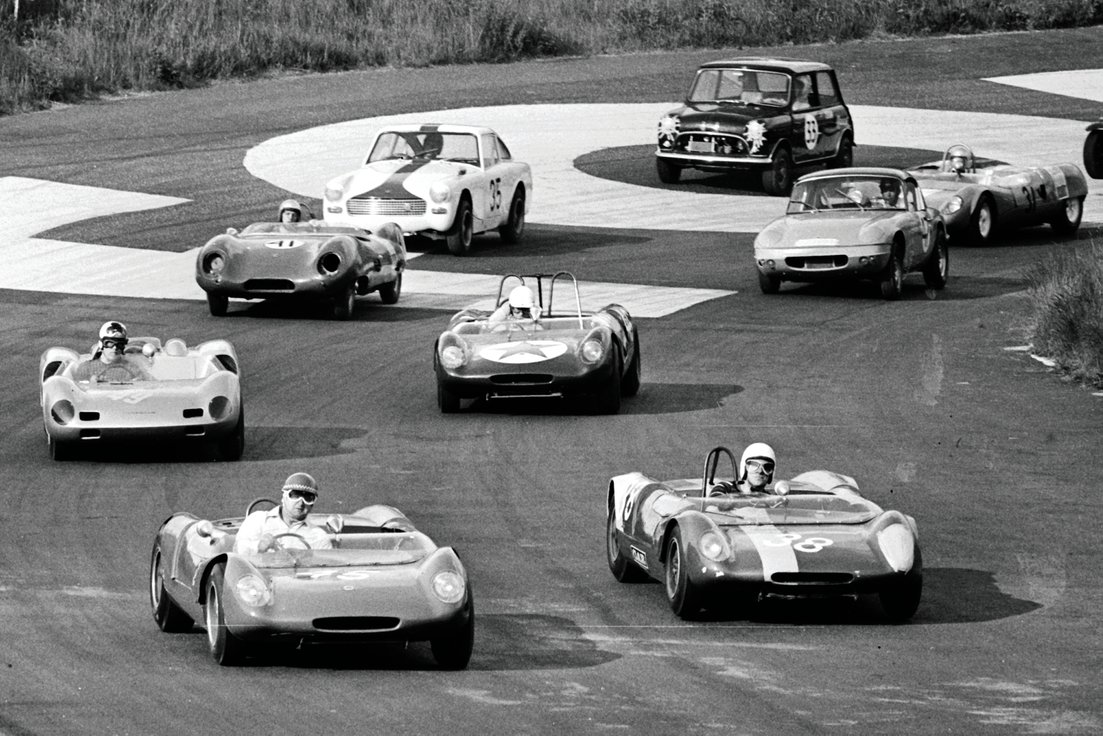 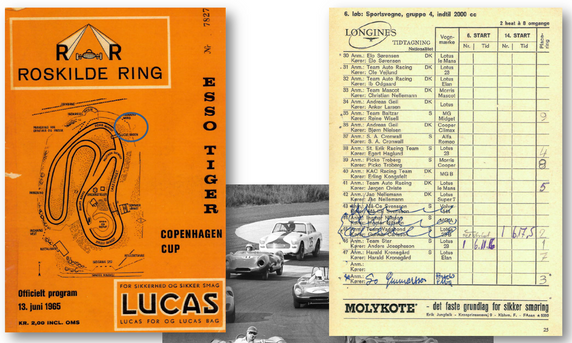 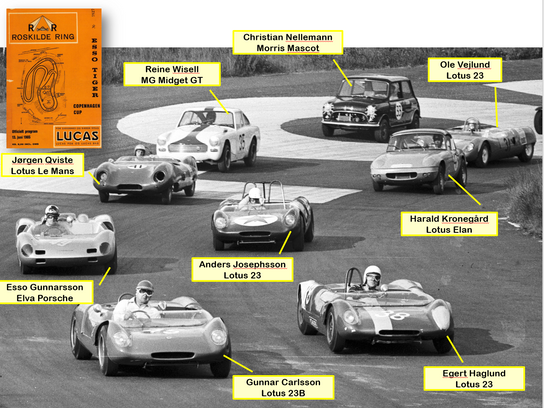 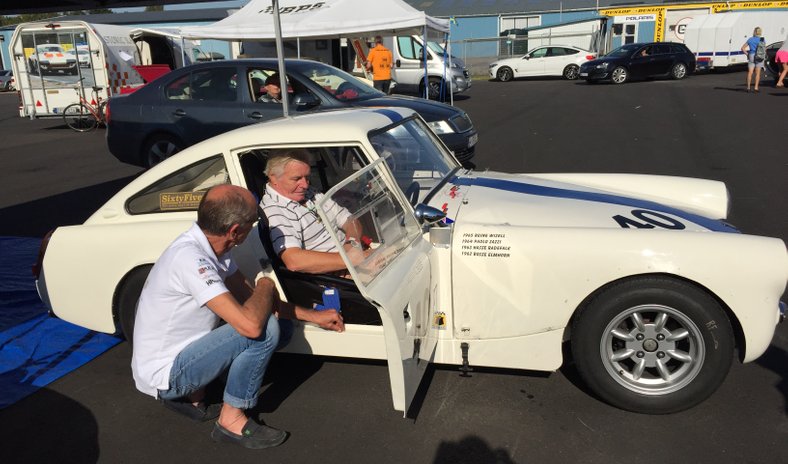 Exactly 50 years later, Reine is back in the cockpit at Mantorp Park 2015

The second race was held in Sweden at Ring Knutstorp with more than 20 000 spectators. A record for the track. 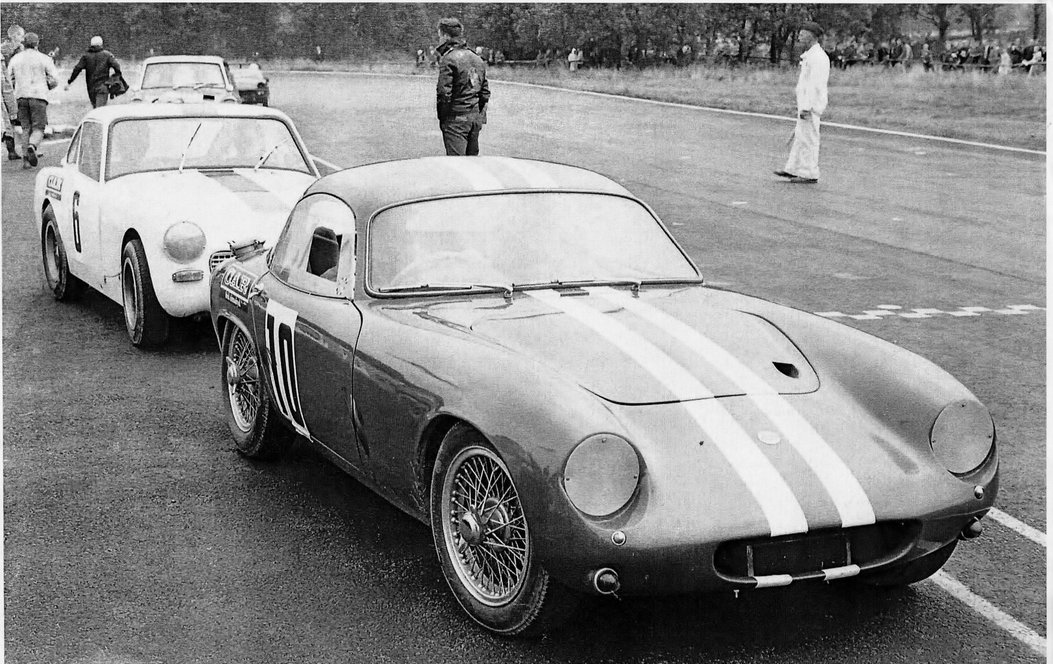 Here behind Leif Englunds Elite in the pit lane 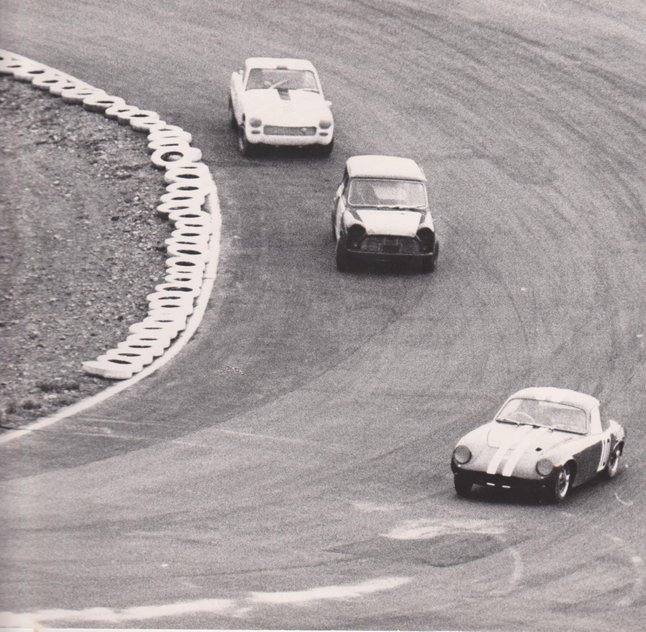 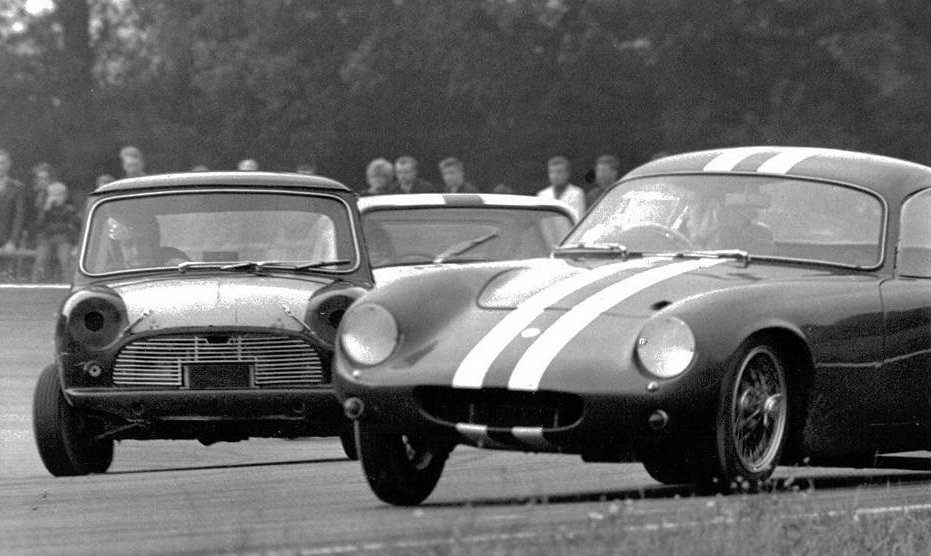 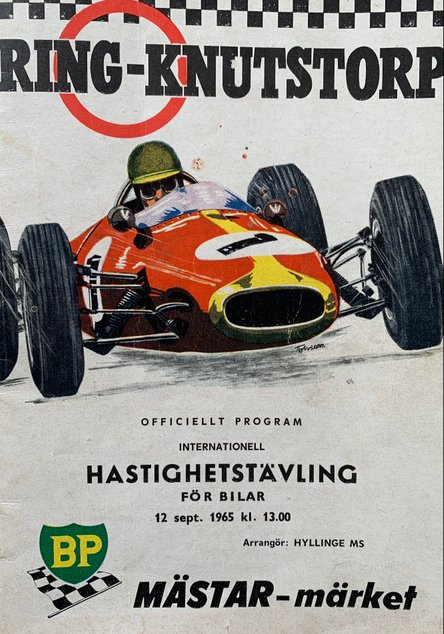 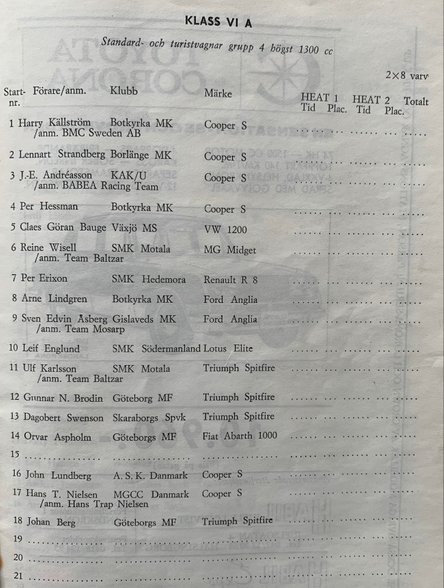 Here´s the order over the finish line. Reine didn´t manage to beat the Cooper but he set a lap record that was never beaten on this old track....